Dog fighting matches are constantly being organized throughout Europe and the EU, in which dogs are - literally - forced to fight for their lives.

The so-called sport is very extensive and widespread, more than both the general public and the police in Europe are aware of.

These dogs live in very miserable conditions. Mostly, they are born outdoors on large breeding farms, in remote locations or in dark cellars, for the sole purpose - to fight well.

In most European countries, organized dog fighting are banned but these groups of people are shady individuals and in some corrupt countries even the police is participating in this activity. Due to these forbidden bet-events, thousands of dogs have to suffer every day, all year round.

It is all about breeding, betting and games which are advertised in a highly sophisticated and organized way via the internet. The most used dog breeds are races with already enhanced characteristics and by selective breeding these people are trying to increase these dogs' qualities and to improve the dogs' characteristics, like low stimulus threshold, aggression, tenacity and combativeness. Dogs used in this cruel sport are usually breeds as Pitbull, Rottweiler, mixed breeds but also other purebreeds.

The dogs are not born vicious or aggressive, but these unscrupulous individuals begins to train the dog when it's puppy and triggers the dog to want to fight and bite, which is easier for some races to embrace. All dogs in this industry that do not classify themselves in this cruel sport, are killed by shot or beaten to death.

Everything is done illegally, which means that these dogs are never insured or receive regular veterinary care or be part of society's rules. This industry has its own vets, medicines and it is common for the owners themselves to perform surgery on injured dogs. 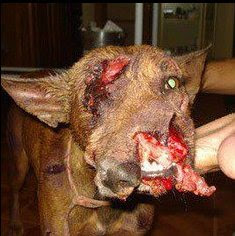 Many dogs who are not used in actual matches are used as training sacrifice (target dog or bait dog). The champion dogs can practice their tactics on the "target dog" who usually has the mouth taped in order to only serve as a training body and is killed by being chewed to death without being able to defend itself. Many owned companion dogs are stolen to be "target dogs", but also dogs who are exclusively bred by these insensitive people are used for this cruel practice.

This is organized crime and ESDAW therefore calls Europol to urgently respond and conduct investigations in order to judge these criminals and gangs for their cruel actions.

********************************
Dogs should be loved and cared for. Not subjected to this abhorrent cruelty, torture and death. What does this disgusting practice say about us humans as a species? Not anything good, that is for sure. Let those of us who are caring and compassionate turn things around by speaking out on behalf of these innocent creatures lives. We need to give a voice to the voiceless. Please sign the above petition, report animal abuse when you suspect it, and stand up for those who have do not have the capacity to speak up for themselves. 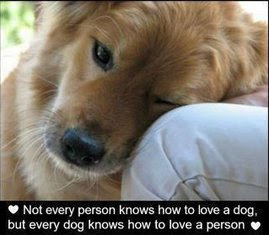