One of the reasons people become vegan.

If you care about animal welfare, you may have wondered why people who give up eating meat, often eventually give up dairy as well (i.e. become a vegan)? Well, the reason is that the dairy industry is also a meat industry. Baby cows are taken from their Mothers, sometimes only minutes after they are born, so their Mother's milk can be sold to humans to drink, instead of nourishing her baby calf. Then the tiny baby cow is either killed immediately by the farmer, sent to the slaughterhouse, or kept for four to six weeks in a tiny pen or darkened small cell so the baby can hardly move, in order to keep the baby's flesh tender. Then after approximately six weeks, the terrified baby cow is sent to a slaughterhouse to be killed for the flesh on its small body. Those not "turned into veal" (perhaps deemed too small or sickly) are considered "useless by-products" of the dairy industry and either thrown into a pit and buried alive, shot or have their throat cut.


With a simple change in lifestyle, you can take a stand against #animalcruelty, help the #environment, and feel the #healthbenefits#tellitlikeitreallyis this #FebruDairy

Cows would naturally suckle their calves for 9-12 months, dairy calves are taken away from their mothers almost immediately. Healthy young calves are very energetic and love to play and socialise with other calves.#tellitlikeitis this #FebruDairy pic.twitter.com/llIQfhHshK

#Februdairy fact: once a cow has given birth, she and her calf are immediately separated so we can have all her milk. She reacts as any mother would: trying to get her baby back, grieving, lashing out. Cows and calves have been known to cry for weeks. pic.twitter.com/4HfI497U02

Tail docking is a mutilation performed daily at dairy factory farms. Inflicted without anesthesia and under filthy conditions, this cruel act often results in infection. pic.twitter.com/NNyyKVEwMl

With a simple change in lifestyle, you can take a stand against the #animalcruelty in this video, together we will end this awful industry.

The following video reveals that Mother cows want to protect their calves from dairy farmers, because they know what will happen next. The Mother cow knows the farmer will take her baby away (like every previous baby she has had). Cows are not "dumb" animals; they love their babies and are trying to save them.

"Can any dairy farmers explain this video? I thought dairy cows lacked maternal instincts and didn't care about their calves, so what would be the need to warn farmers about the safety risks of interfering with newborns?"- @Jabronisout#Februdairy pic.twitter.com/SsN0COpDPl

Cows have to be pregnant to produce #milk. Calves are considered waste products to the #dairy industry. They suckle their tongues or try to suckle the fingers of slaughterhouse workers before being murdered. #ThingsPeopleShouldKnow #DitchDairy #Govegan pic.twitter.com/4qUkyscYNu


GRAPHIC: Male calves are the hidden victims of the meat and dairy industry. Taken from their mothers, and slaughtered for veal at just a few months old. 💔 pic.twitter.com/nPKzuEPjfb

Day 25: A cow ATTACKS a man as he tries to steal a calf. Another man watches on, laughing.

The dairy industry will say cows & calves are indifferent to each other as their business depends on separating them. It's distressing for both mother & baby.#Februdairy #ShoutAboutDairy pic.twitter.com/ZcvJQLQRjM

John Webster, Emeritus professor of animal husbandry at Bristol University’s Clinical Veterinary Science Department, considered the world’s leading authority on dairy cows, states that the removal of her calf is the single worst incident in the life of a dairy cow. #Februdairy pic.twitter.com/OlnHry6ljm 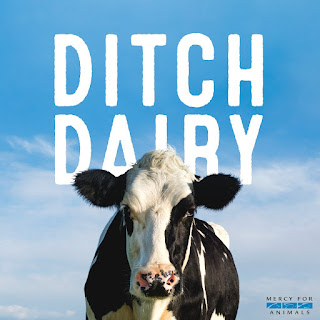 Such a kind and compassionate act from a true animal hero. A young musician sings and plays his guitar for shelter dogs to make them feel less lonely. Waiting for a forever home for animals in shelters (no kill shelters) can take weeks, months, even years, so this kind act will make an enormous difference in helping to relax and calm these darling dogs.


This guy's singing to shelter dogs to help them feel less lonely 💙 pic.twitter.com/lbru5CSN02