International Fund for Animal Welfare does an amazing job helping animals all over the globe! Read IFAW's World of Animals magazine to get the heads up on koalas, elephants, bears, whales, pets and more, includes beautiful animal photography here. 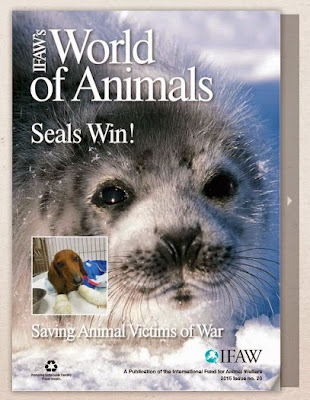 Guest Post - "Freedom Is For The Birds" by Author, JM Sutherland

Great Mystery Publishing - Publisher's Note: We have been informed that $1 from every sale of "Freedom Is For The Birds" will be donated to wildlife facilities to help with the medical expenses and food for injured and orphaned wildlife. 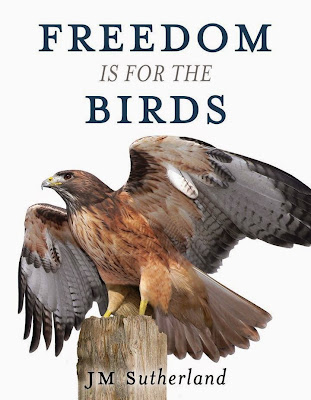 FREEDOM IS FOR THE BIRDS by J.M. Sutherland

The main reason behind writing this work of animal fiction was the empathy I felt about the injustices inflicted upon animals. The opening of the book about the hawks losing their nesting site and territory is absolutely true. I witnessed it and felt powerless and angry, but nowhere near as much as I imagined the hawks felt, when they showed up from their migration north.

Also, in all the news stories I have heard from around the world, I found a few constant themes.
1) Animals have needs, answers and voices that humans refuse to acknowledge.

2) There is a constant de-evolution happening to humans as a species, when we think that abusing and torturing animals is fun, entertaining, and profitable, and we do nothing to stop it.

3) Humans are not thinking about the “big picture” or the state the world is in, when we constantly destroy habitat and species that are vital to all of the ecosystems around the world.

4) There are so many examples of animals that cross-species bond to comfort and help each other in times of need. While humans have rapists, serial killers, racism, genocide, terrorism, and war, and prove we do not even like our own species let alone any others on the planet.

After witnessing and hearing about so much needless tragedy, I actually started dreaming the story and could not stop dreaming about it for years, until I started writing it. I felt compelled to write a book to give the animals of the world a voice, while also somehow giving humanity a much needed lesson in morals, manners and compassion. Little by little the story evolved, and little by little pieces of the dream disappeared.

Every year non-profit, wildlife facilities are taking on more and more cases as the number of human and animal encounters constantly increases, and always to the detriment of the animal. These facilities are not government funded, and wild animals do not come with bank accounts or medical insurance. I am donating a portion of the proceeds to help these essential wildlife facilities, because their services are ever-increasingly in demand and they rely solely on donated money to operate.

It is a book of animal fiction, but in the world today, there are too many real examples of humans’ hate towards animals. I use the word hate, because everything we are jealous of or afraid of we hate, and anything we hate we destroy. Irrefutable examples of this in today’s society are: constant rhino, elephant, tiger, and pangolin poaching to the point of extinction; animals like Arturo the polar bear, Nosey the elephant, Tilikum and Lolita the killer whales, and all of the animals in zoos, aquariums, circuses and roadside attractions, who suffer needlessly in man-made environments; the atrocious dolphin slaughter in Taiji, Japan that is happening right now; the Yulin dog meat festival in China that inhumanly slaughters thousands of dogs every year; all fur farms and leather manufacturers where the animals suffer because they are skinned alive; all animals that are tortured for experiments and research; the unnecessary torture of birds for the production of foiegras; and etc, etc, etc. The list is endless and every example is an animal forced, against its will, to endure torture which humans would find so cruel they would outlaw it if it occurred to any human. It is this ridiculous and insane belief that animals are not sentient beings and do not matter at all, which drives the unethical treatment of all animals around the world.

Available to buy as an eBook from iBooks and Amazon 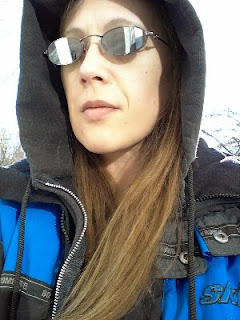 Elephants will become extinct if we not not make ALL IVORY TRADE illegal. (video)

If the massacre of elephants for ivory continues at its current rate, elephants will become extinct within 10 years! To save elephants from complete annihilation, we need to make the ivory trade illegal again, and quickly! Please help to protect elephants by speaking out for elephants, signing petitions, and making this message heard until world leaders listen and act! Worldwide Footage International March FOR ELEPHANTS

The following information is from the person who created and originally uploaded this video to youtube. "We shot this documentary during our final semester in Han Chiang College. The pig farm is located in Gertak Sanggul, Penang. It is a big challenge for us to shoot such documentary due to the smell and etc. By shooting this documentary, we had gone through all the process especially the cruelty one especially when they are going to be sold off."

"Pigs are an intelligent creature, they know what is going on, they know everything, they able to recognise your face. However, we would like to thank everyone who appreciate our effort."


If you feel this horrific treatment of intelligent, sensitive creatures is abhorrent, you can help by sharing this information and giving up eating animals - there are many delicious and healthy meals that do not depend on barbaric animal treatment and slaughter.
Posted by S.D. at 1:55 AM No comments: Links to this post

This delightful documentary is suitable for all ages, and reveals the amazing, sensitive side of farm animals. Jefferey Masson, author of When Elephants Weep and Dogs Never Lie About Love, leads viewers through the personal journey he underwent while writing his latest book, The Pig Who Sang to The Moon.

Simon's Cat is a favourite with most animal lovers, particularly those who understand the fun and crazy antics of cats. If you feel like a laugh, this Simon's Cat episode will certainly bring a smile to your face.

How reintroducing wolves helped save a famous park (video)

Wolves had been absent from Yellowstone National Park for more than 70 years when they were reintroduced in the 1990s -- and their return had some surprising benefits. Wolves were once the top predator in America's world-famous Yellowstone National Park. But the population was eradicated in the 1920s, leaving the wilderness wolf-free for seven decades. - Science & Environment Animal Ecology Nature Sustainability