The Animal Co-operative Community gives those concerned about Animal Welfare

the opportunity to connect. Excellent site to coordinate rescues, neuter programs, and arrange meet-ups. You don't need to be an organization or group to join. Anyone who cares about animals can join up and it's free. It is really simple to add yourself, and you can find other animal lovers by location. Thank you to Joellen and friend for designing this important site, and thank you to Joellen's small animal welfare group and animal lovers in their community for volunteering their time and effort to provide animal neutering in West Delhi. To check out and join The Animal Co-operative Community just click here. 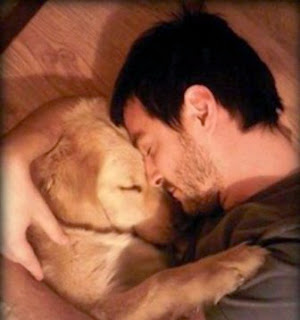 After Being Subject to 23 Horrendous Years of Research, Scarlett, the Chimp is now safe

Article by Kristina Pepelko - On Nov. 11, 1979, Scarlett was born into a life of research at the Coulston Foundation. Not long after her birth, she was snatched from her mother, Cherry, in order to be raised for testing purposes. At just three years old, Scarlett was moved to another research lab, but returned to Coulston 13 years later to endure the same fate as her mother – a life of a breeding chimp. According to Save the Chimps, she “lived along in a small and barren cage in a building dubbed ‘the Dungeon.’” During her second tenure at the Coulston Foundation, Scarlett had two children named Jude and Joey. However, both babies were taken from her almost immediately, allowing her no time to soothe or care for the children she had spent months preparing for. 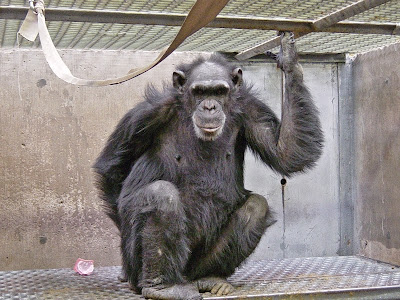 Unlike other chimps who suffered in labs until their deaths, Scarlett received the opportunity to be released when the Coulston Foundation closed its doors in 2002. Save the Chimps came right in for the rescue, but found her “depressed and withdrawn” and also learned that she has epilepsy.

Thankfully, with the help of kind veterinarians and unconditional love and care from sanctuary staff, Scarlett has flourished, becoming a “a smart and confident chimpanzee, a grande dame, with a sense of humor,” Save the Chimps veterinarian Jocelyn Bezner tells OGP.

In 2008, Scarlett’s resilience was put to the test yet again when she “became temporarily paralyzed due to an unusual spinal injury … [which] may have been the result of a seizure,” Save the Chimps reports.

Scarlett again managed to pull through this great challenge, inspiring all with “her determination and spirit.”
Since her temporarily paralysis, Scarlett has been enjoying a life of leisure in the Florida sun with other five chimps in her social group. Together, they share in the joys of freedom each and every day.

To help former lab chimps like Scarlett, consider making a donation to Save the Chimps or symbolically adopting one of their residents (even Scarlett herself!).

Lead image source: Save the Chimps

For the complete article and photos, visit One Green Planet . They have a great newsletter which is definitely worth subscribing.

And a VERY BIG Thank You to Save the Chimps for your invaluable work, saving the chimps.

Woman sent to prison for helping to feed the starving!

Syrian woman Yara Faris is being held in 'Adra Prison for allegedly assisting in the distribution of food and aid to displaced people. On 8 December 2013, Yara Faris was detained by Syrian State Security officers. Her case was referred to the Anti-Terrorism Court and she is currently detained in ‘Adra prison. She is accused of "financing acts of terrorism", apparently because she had been helping to provide food and assistance to internally displaced people who had fled the conflict elsewhere in Syria. If she is prosecuted solely for providing humanitarian assistance to displaced civilians, Amnesty International would consider her a prisoner of conscience. Her husband, Maher Tahan, was subjected to enforced disappearance on 20 September 2012 when he returned with a delegation of the National Coalition for Democratic Change from an official visit to China.
Yara should not be imprisoned for providing humanitarian aid. Stand with Amnesty and call on the Syrian authorities to drop these charges.

Please sign this petition to help push for the release of this heroic woman whose only crime is kindness and helping the needy! 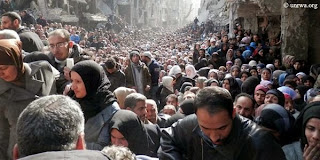